LP Album Art
In 1938, Columbia Records hired Alex Steinweiss as its first art director. He is credited with inventing the concept of album covers and cover art. From the 1950s through to the 1980s, the 12″ LP record and the 45 rpm record became the major formats for the distribution of popular music.
70 years later Star Shields has taken the concept of album art directly to the vinyl record itself. As the classic 12 inch old vinyl recorders slowly disappear as a means for music distribution, R.Star has resurrected the vinyl record album by painting iconic musical artist directly onto the vinyl itself, with his unique Air Bush Style and color sense. All of the LP Album Art pieces are framed in a simple modern black wood frame, using museum quality acrylic plexiglass for safe shipping. Every 12”X12” LP Album Art piece is a one of a kind hand painted originals. No two are the same. Back grounds and color are all different variables on the theme. There are no exact duplicates. Satisfaction Guaranteed, by the Artist’s them self, Star & Ricardo. 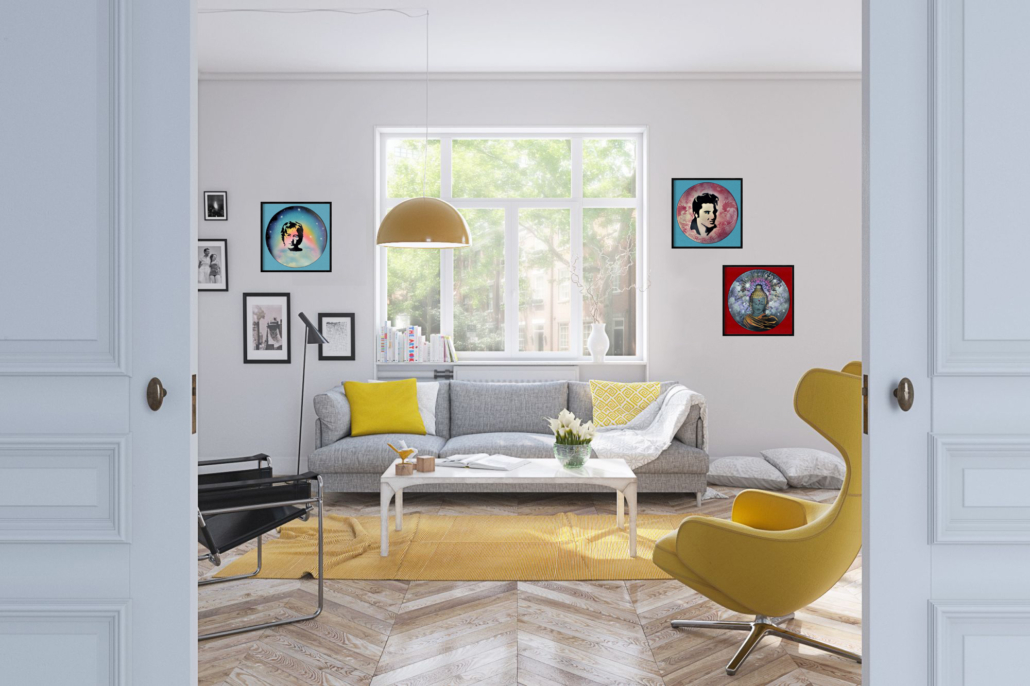