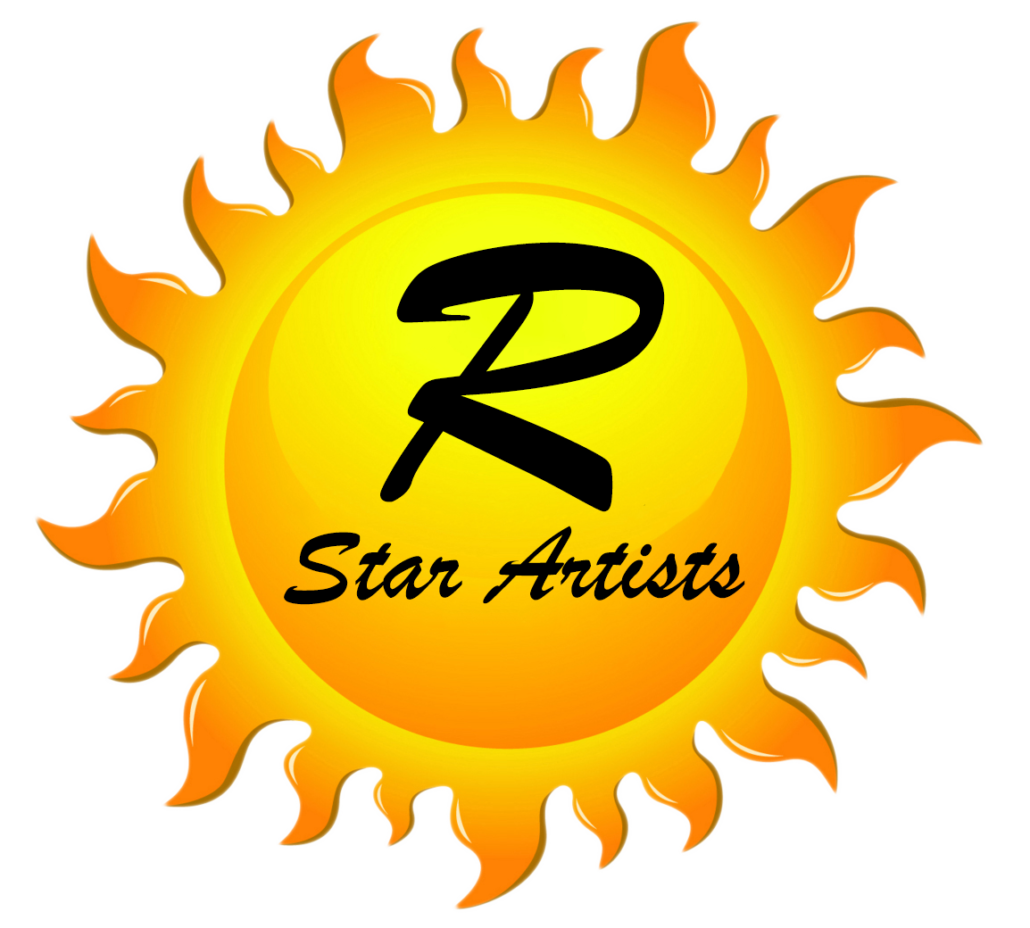 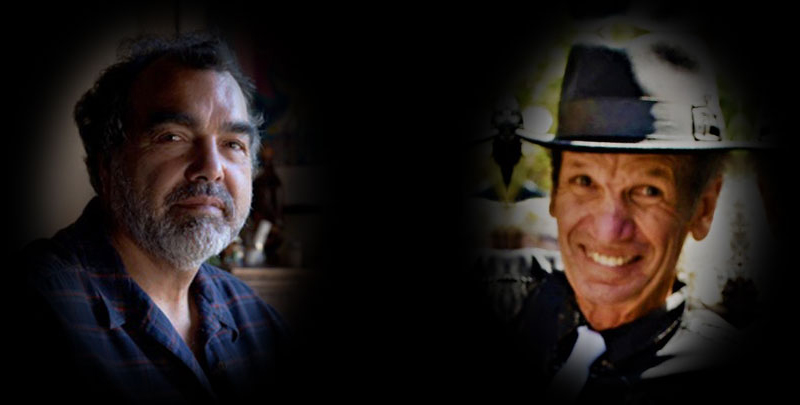 Star Shields is a master airbrush artist that started airbrushing tee-shirts around 1961 at Pacific Ocean Park (P.O.P.) and The Minnesota State Fair.
Then in 1973 Star and his 2 art partners formed The Rainbow Kids in Laguna Beach with their imfamous Spaceship Booth at The Sawdust Art Festival. It was during those years that they airbrush personal stage and tour clothing for Robert Plant, Jimmy Page, George Harrison Paul McCartney and Wings, Allmond Brothers, Moody Blues and others. Classic Rainbow Surfboards were also being airbrushed and still are now.

Then in 1979 at The Rainbow Rose Festival and the first Doo Dah Parade in Pasadena, Star originated fantasy airbrush face painting and body art. Since that time airbrush face and body art has expanded to hundreds of artists worldwide.

Like Ricardo Duffy, Star agrees that we must create universal conscience in humans. This philosophy is embedded in our art works. Art saves lives. 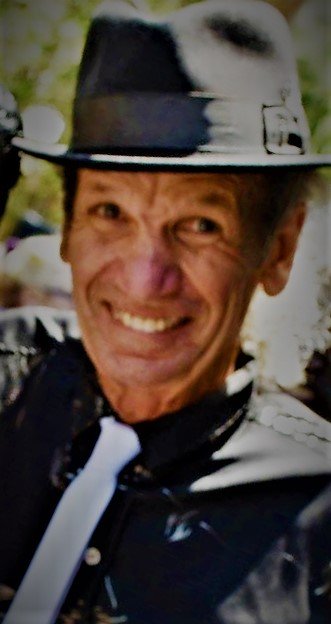 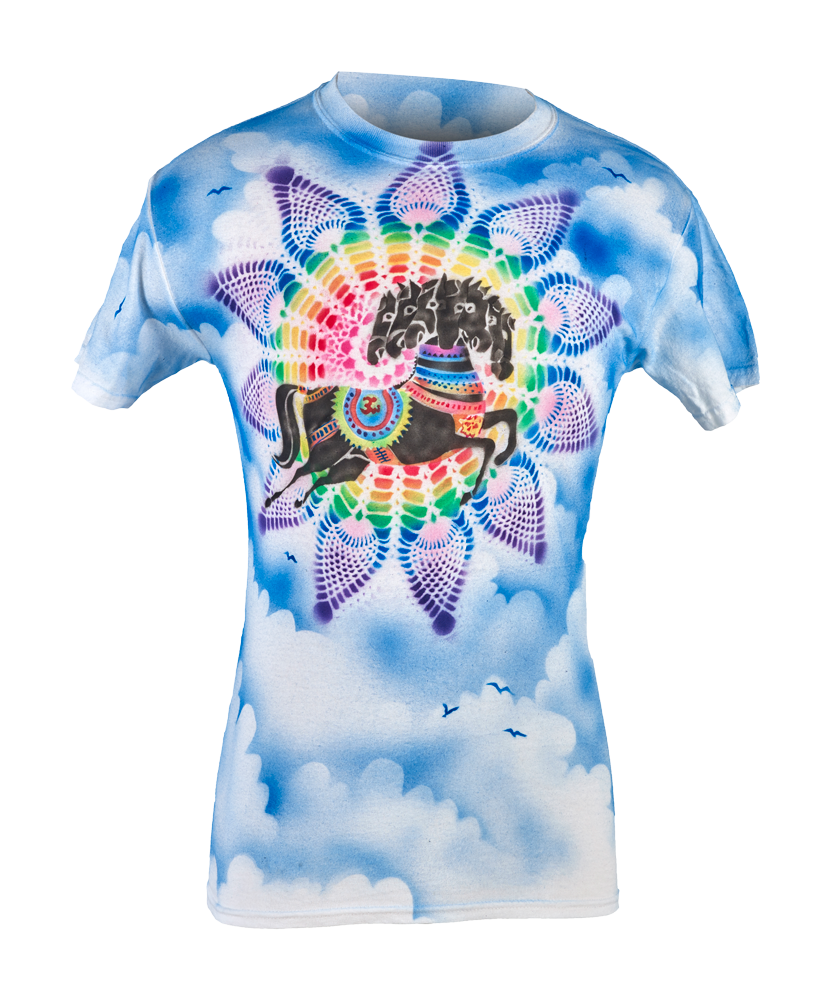 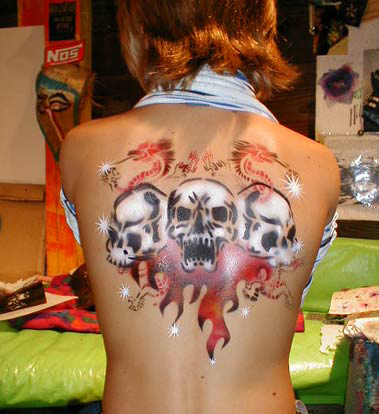 I was born in Monterey Park, California, in 1951 and grew up in an area called “Las Lomas”. I attended Mark Keppel High School where I excelled in art, athletics, and being a prankster. Friends and relatives often said I wouldn’t live past the age of twenty one. One of my nicknames was “El Diablo”. I survived a real game of Russian Roulette and other crazy stunts and made it to Ventura College where I became interested in ceramics. After two years there, I transferred to Cal State Fullerton and majored in Art with an emphasis in ceramics. In 1977 I started my own ceramic and photography studio in Costa Mesa. I relocated in 1984 to Laguna Beach and soon afterwards I met Carmen, who is from Mexico, and together we created Monica.

My work is rooted in Pre-Columbian artefacts, history, myths and yet it is a social commentary that pertains to the struggles of Latin America and to the parallel experiences of other nations. To me, it seems that if we are to survive pollution, war, totalitarianism, religious fanaticism, drug abuse, annihilation of the Earth’s natural resources, and all the other ills that afflict our planet, we must create a universal conscience in humans. 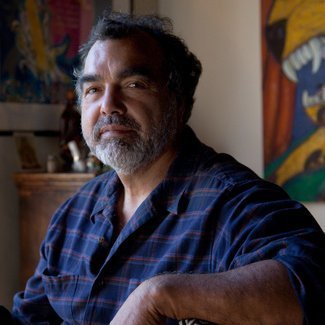 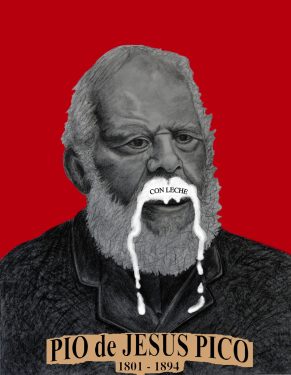